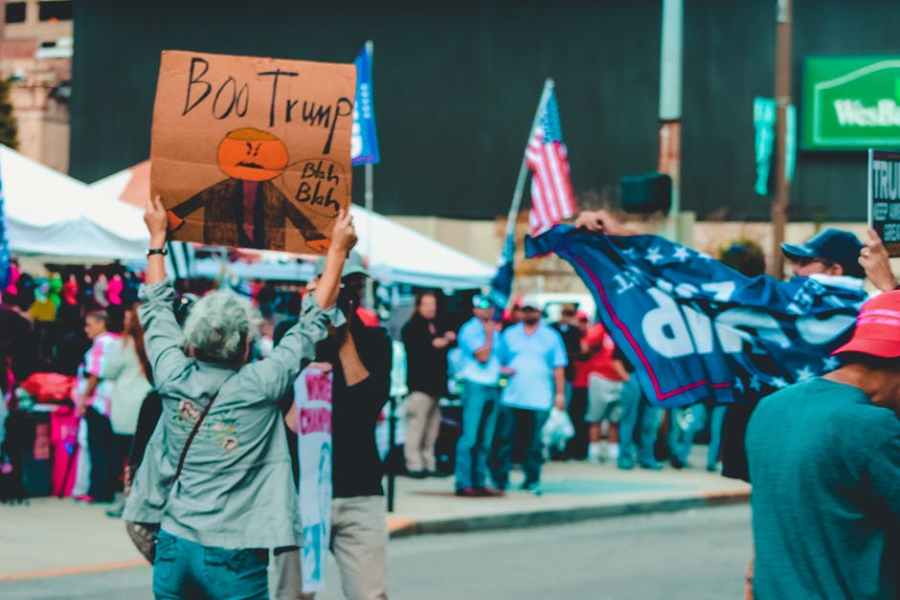 The title of the article may seem a little “clickbaity” but I’m not performing an act of misdirection to deceive you into reading an article totally unrelated to the title. I promise. Stupid people have become a protected class. It is discourteous to tell someone they’re stupid and I wouldn’t encourage someone to call someone stupid nor would I personally call someone stupid. What I mean is that people saying and doing stupid things are more tolerated now than ever.

Modern young Americans happily and unquestioningly accept stupid theories as reality. For instance, the intersectionality nonsense has practically engulfed college campuses across America, confusing the hell out of most reasonable people. Everyone is racing to be the most offended possible at any given time by attempting to claim victimhood status in as many “oppressed” groups they can claim membership to. These same people jump at the opportunity to aggressively protest conservative Ben Shapiro by calling him a racist, homophobic, Nazi. They fail to see the irony behind protesting a small-framed Jewish conservative who lectures about the importance of free speech, individual liberty, civil rights, and limited government. They obviously aren’t historically informed enough to understand what Hitler would have done to Ben Shapiro if he had been given the opportunity. In preparation for a typical Ben Shapiro lecture, leftist student organizations establish “safe spaces” to protect students from the exposure to spooky new conservative ideas. Without this safe space bubble, they’d obviously feel “triggered” and they’d be forced to deal with a different point of view. I haven’t even begun to speak of all the security Ben Shapiro is required to have as protection against those triggered into violence. Otherwise known as Antifa.

Many celebrities have taken on their own personal tale of playing themselves as political activists, but unfortunately they don’t have smart people writing their scripts and they come off sounding like idiots. Unlike the students that find themselves coloring in a corner of a warm safe space, celebrities find themselves protected by the media who support every stupid syllable that comes out of their overpaid mouthes. Leftist “journalists” seem to be willing to overlook the innumerable political follies the leftist celebrity culture makes in an attempt to make their celebrity friends sound sophisticated. They’re unwisely perceived as our betters by those who enjoy their theatrical talents. While Tom Hanks, Leonardo DiCaprio, and Julianne Moore may be excellent performers, they’re nothing more than an extension of the DNC that use their cultural clout to influence citizens to vote blue. For that, celebrities will always have the favor and protection of the DNC.

Stupidity has become so common that it’s challenging to point it out any longer. Everyday there is a headline that sounds so moronic that you tend to shrug your shoulders and disregard it as another one of those realities that you have no control over. To a large degree, that’s correct. I can’t do anything about the imbecile that said “Baby, It’s Cold Outside!” is about “rape culture” or the moron that dug up Kevin Hart’s jokes from a decade ago to make his life difficult today. These people are obviously miserable souls in need of a good kick in the ass, but their idiotic comments only gained traction because people gave them the attention they were seeking. Nobody truly cares what Kevin Hart said a decade ago and nobody cares about what SJW believes about “Baby, It’s Cold Outside!” The only people that mildly care are likeminded leftists that have weaponized these pieces of information to advance a destructive agenda.

In the generations before mine, nobody would have thought to discuss such menial topics. I’d be discussing problems that were actually problems. These stupid issues I noted above are contrived by SJW types that still live in their parent’s basement because they have no real problems of their own. They’re permanently stuck with a victimhood leftist mentality because their college professors convinced them that America is an evil imperialist country that strategized every decision prior to and after its founding with malicious intent. These are the young adults chanting, “Feel the Bern”, demanding free healthcare, education, housing, and jobs are everyone with no rational explanation about how to pay for it. We’re seeing the first of this generation become elected into congress through Alexandria Ocasio-Cortez, who, I’m convinced, couldn’t pass a United States citizenship test.

By not holding ourselves to a higher standard, we settle for stupid. Settling for stupid gets you representatives like Alexandria Ocasio-Cortez. Let’s allow ourselves the freedom to call stupid out when we see it rather than tolerate it like a drunk uncle at Christmas.